NARR: Today, we’re chatting with a prominent dragon whose amazing story will be featured in Susan Bass Marcus’ final book of the Malevir trilogy, coming out in 2020. Hello, eminent sir dragon. Please tell our guests about yourself.

DRAAKO: Greetings. I am please to meet you. My name is Draako Geb Lugent and I belong to the Orferans dragon clan. As chronicled in Malevir: Dragons Return, a malevolent spirit, the Malevir attacked my clan and only five of us survived horrific battles with it. I spent my earliest years on the far side of the Veiled Valley of Dragonwolder in a secret refuge cave protected by my uncle Aurykk’s charms.

Like my father Lugent, I am a Silver dragon. A prophecy says I am destined to lead my flokk, that is, all the clans of Dragonwolder. When I first learned about my future, I couldn’t believe it. I didn’t think I was that special.

I am a bit bigger than a common Veiled Valley cottage. My scales were blue and dotted with silver when I was a wyrmling, but now I am a true Silver adult. I have two powerful hind legs, a pair of strong, wide wings I fold at my sides when I rest. My two arms are shorter than my hind legs; they each have three fingers tipped by thick, sharp claws and a quite useful opposable thumb.

I have fangs and sharp teeth. My large eyes glow amber when I am happy but turn red if anger floods through me. Otherwise, they are moss green. A webby frill fans out at the base of my neck just above my rider’s hump. I might look scary, but my rider calls me awe-inspiring.

The Cave of Refuge where I grew up sits near the summit of a mountain in the Sunsetside Range.  For thirty of your Earth years, we lived in seclusion until we were forced to rebuild our friendship with humans and other dwellers of Dragonwolder. Why? Because the Malevir resumed his attacks so forcefully we were sure the creature wanted to destroy us all. We had to forget our past mistakes and unite to save ourselves.

NARR: How old are you, Draako, and did you have a happy childhood despite all your troubles?

DRAAKO:   I am a young dragon. My kind can live for hundreds of your years barring disease or deadly magic. Let’s say I had an interesting childhood, as much as I could, living in exile. I used the time to strengthen my powers, like a paralyzing cone of flame or the option of belching lightning instead of flames, and fine-tuning my flight maneuvers.

Great sadness cast a shadow over all that. After the Malevir’s ghostly forces nearly wiped out all of the Orferans, I lost my mother, that is, my remaining family thought she had died to save me. The second chronicle, Where Dragons Follow, records how the Malevir sent his thrall to murder my uncle, the Golden named Aurykk. After joining with my cousin dragons and our riders, we tried to save him. That experience only fueled my determination to destroy the beast, whatever it was.

NARR: You’ve experienced so many challenges. So, now, what do you value in life? Do you have any obsessions?

DRAAKO: I yearn for peace and the safety for all of Dragonwolder’s creatures.  The final chronicle will reveal, however, that while I was obsessed with confronting the Malevir, one of my greatest traits, loyalty, was sorely tested in that pursuit. These days, I continue to defend Dragonwolder and help its creatures seek peace. I hope never again to betray my own kind nor my rider.

NARR: Thank you, sir, for your frank and fascinating story and I remind our guests that the first two books of your chronicles are available at https://www.amazon.com/s?k=Malevir&i=stripbooks&ref=nb_sb_noss 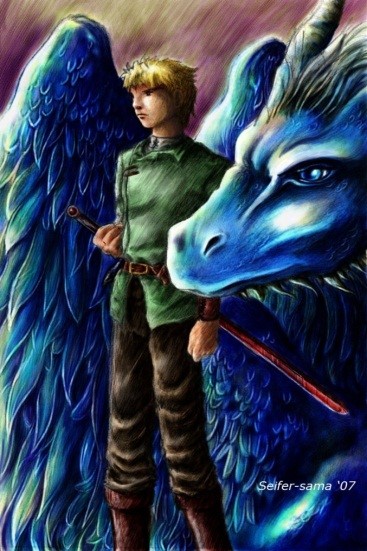 One thought on “Interview with a Dragon”

In my life I have worked in museums, on stage as a puppeteer, in studio as a puppet sculptor, in schools as an art teacher, and, for one summer in my teens, as a supermarket cashier. Now I am writing, writing, writing, and occasionally cartooning. View all posts by susanbassmarcus1

Current work includes epic fantasy, science fiction, mystery, romance. Follow me on Twitter @nmlromer! Visit nathaliemlromer.com for information and news about the author and her publications.

A blog about issues, life in general, and being a mom, and sharing my poetry.